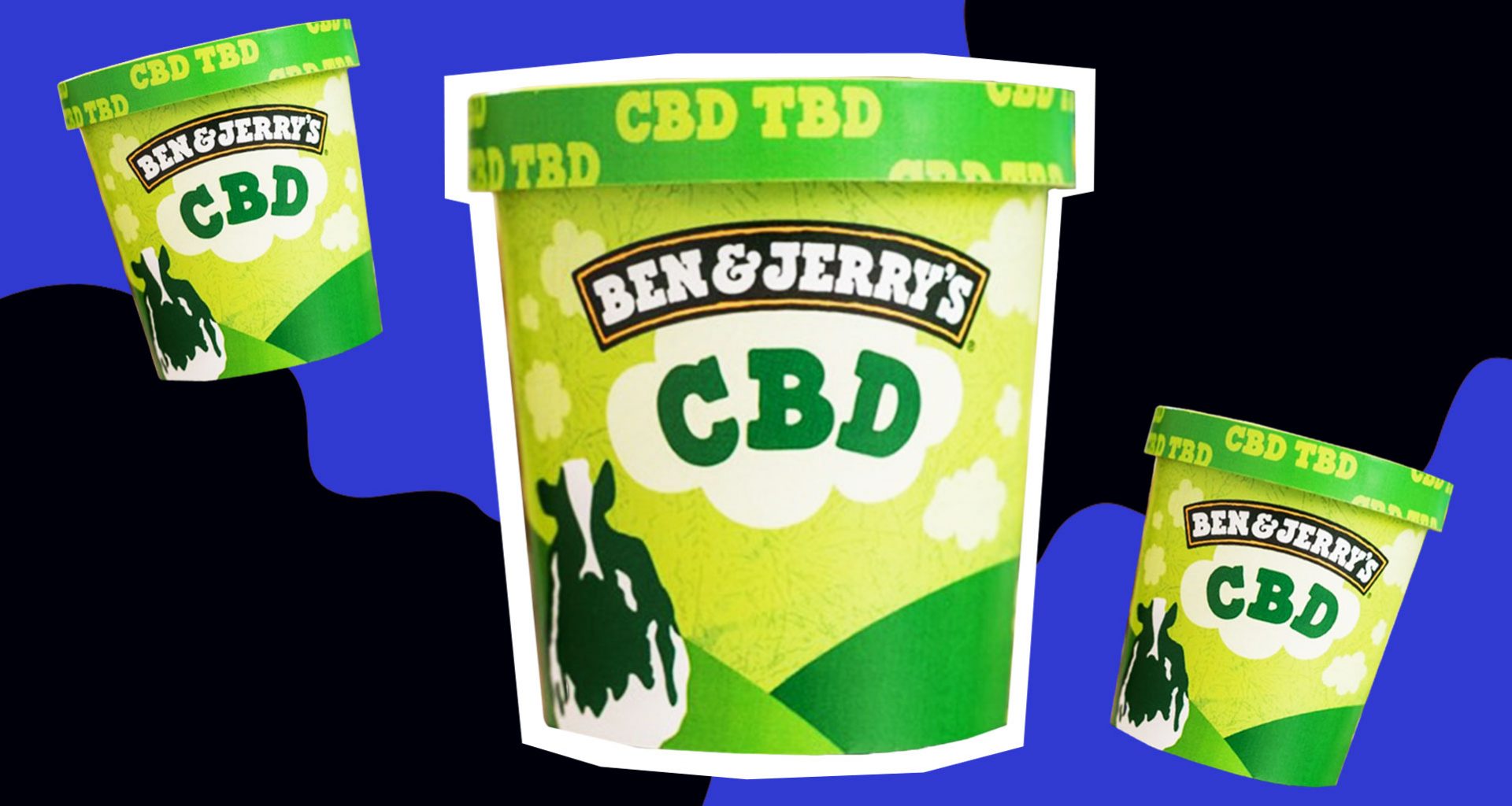 Ben & Jerry’s is an ice cream company well-known for marijuana inspired treats. Flavors include cleverly named “half-baked” and “Phish Food.” The ice-cream geniuses recently announced that they were hoping to come up with a CBD infused treat in the very near future. This would be a dream come true for CBD fans.

Ben & Jerry’s is not a company that has shied away from their connection to the cannabis market, even the underground sector. The public is excited, but not surprised to hear that the ice cream dream team is planning on undertaking this new adventure.

The cannabinoid has recently taken off in wild popularity and is called CBD in short. CBD has absolutely no mind-altering effects and some claim that it has serious health benefits, even claiming it can treat epilepsy. CBD has been living in the shadows of its ‘big brother’ THC for quite some time. However, many are far less skeptical about CBD than they are about the trippy substance of THC.

Ben & Jerry’s is excited to look into bringing CBD to the Vermont ice cream company’s family. Matthew McCarthy is the CEO of the eccentric ice cream company. He claims that all of the CBD dreams are coming through for the fans. The company strives to provide eccentric treats and sees an avenue in which they are lacking.

Even though the company has made the official announcement, they have not actually made any headway yet. Hemp is federally legal, but CBD is kind of a sketchy area as it relates to the law. The FDA has not yet decided to allow CBD to be added to any food or beverage products at this time.

Ben & Jerry’s understands that the legal ramifications may be a big deal for their company. So, they plan to take it slow and wait out the legalities. The company says that once the CBD market has the green light for being added to food products, they will mass produce the CBD ice cream.

Further, Ben & Jerry’s has submitted an official statement in support of the legal production of CBD infused food, for obvious reasons. However, the FDA wants to think long and hard about their decision. Ideally, they would like to see some hard facts and data before making an official decision.

It may be true that Ben & Jerry’s is hopping on the bandwagon to sell some serious ice-cream, but the company has been on the cannabis user’s radar for many years.

Read More
CCBD
As of January 2020, 33 U.S. states have passed legislation fully legalizing CBD products with another 14 states…
Read More
CCBD
It is no surprise that the CBD market has exploded since the products became widely legal throughout the…
Read More
CCBD
There are several companies out there claiming to sell the best CBD on the market. For a small…
Read More
CCBD
Pilot (we’re using a pretend name to protect his identity) has made an underground profession out of the…
Read More
CCBD
Everyone knows about the infamous day of April 20, more affectionately referred to as 4/20.  April 20 has…
Read More
CCBD
Over the past few years, CBD has gotten more and more popular. Whether you’re a minor with anxiety…
Total
0
Share
0
0
0
0
0
libero. Lorem Curabitur Aenean non facilisis