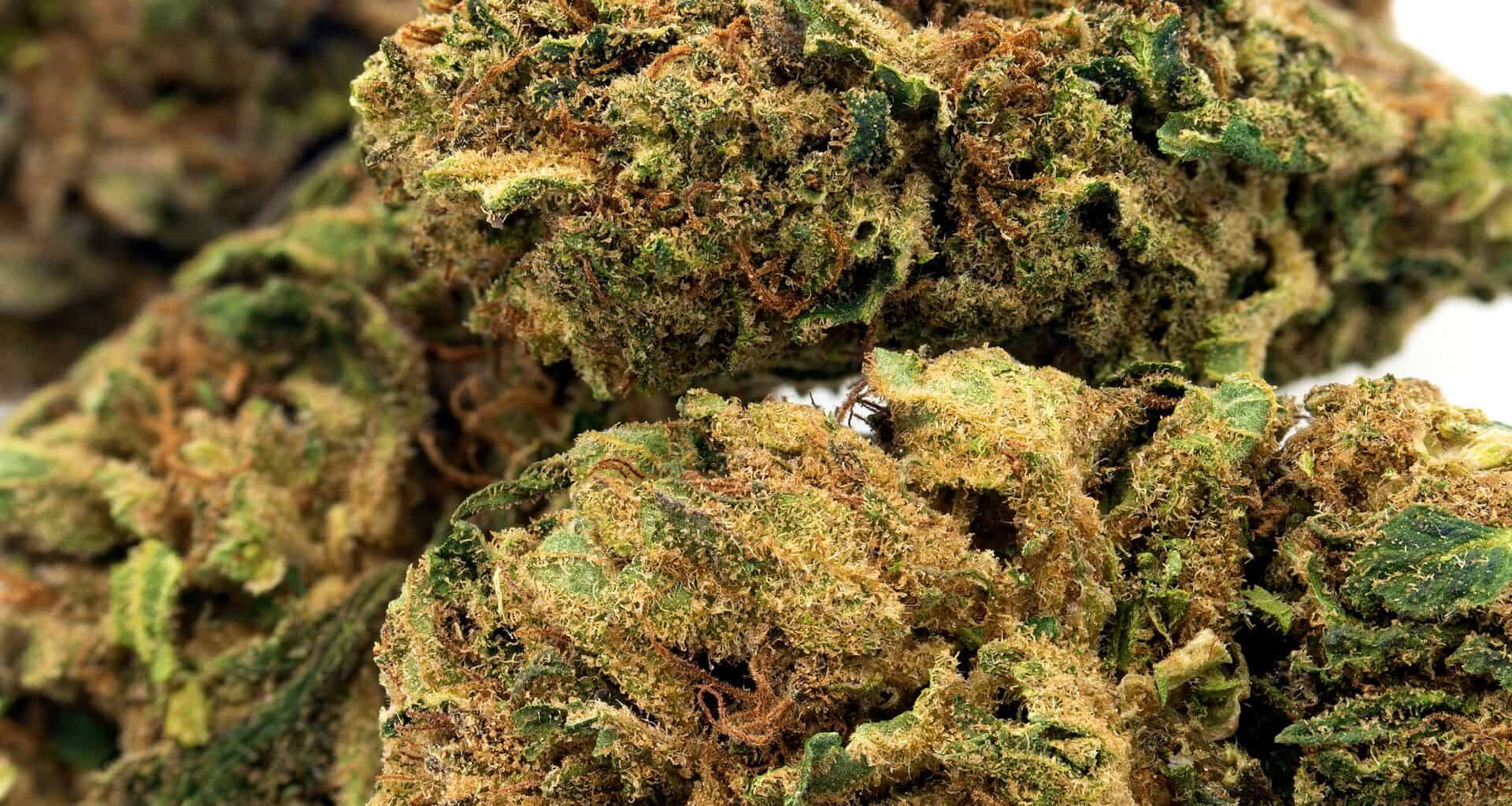 Pilot (we’re using a pretend name to protect his identity) has made an underground profession out of the cannabis industry for all of his life. He first began working in a secret outdoor operation as a type of gardener involved in a crime ring in California. Over time, he became an employee of a fully legal operation in California. He has seen the best of both worlds.

Most recently, Pilot has found himself in Oregon, a far cry from a California medical marijuana dispensary. He works in a hemp field engineering the growth of a brand new cannabis product. The company he works for not only grows the product, but they also advertise and disperse it. The operation is totally legal! Pilot is involved in creating a crop that is high in CBD and is referred to as the hemp flower.

Pilot describes the surreal experience of growing from an outdoor illegal grower, to a crop engineer for a legal company as “mind-blowing.” Recently, he has even been contacted by former employers asking for his advice on their own businesses.

The business of CBD is booming, it has become a major market for natural consumers. There are studies that claim it helps kids with seizure problems. It comes in a variety of forms and can even be purchased in hamburger form.

However, cannabis flowers are a far less widely known option for the general consumer. These flowers are available for purchase for the general consumer and they contain over 15% CBD. Even so, they are considered a hemp product because of the low concentration of THC. You can purchase Cannabis flowers at a relatively low cost from websites and most of them offer shipping free of charge.

The cannabis flower is an excellent product for those with any interest in various CBD products. It is clear why people may want to purchase one of these products. The texture, flavor, and scent are all similar to the real deal of a high concentration THC cannabis. However, the cannabis flower does not provide the mind-altering side-effects like recreational marijuana does. According to our friend, Pilot, tons of consumers are interested in the recently discovered product. Especially customers who live in states where high-THC products are strictly prohibited.

Pilot discusses the issues that people who live in areas of the country where cannabis products are illegal face. He says that they struggle to find affordable options and can often also not find quality products. Regardless, in those areas, anything they find is illegal which presents a problem in and of itself.

The businesses where Pilot has worked in the past have struggled in various respects. This new business, he says, is different in that people are buzzing about it. Aside from a single website where they have invested little time and money, the rest of the business has been built entirely on customer’s talking to potential customers.

In Oregon, there are a lot of markets that sell legal forms of cannabis. So high-THC growers have found themselves with an overstock of THC products because they cannot send the product to other areas of the country. Further, there is red tape around every corner in the legal THC industry.

It goes without saying that the original group of growers are overwhelmed by federal regulations on the illegal industry they once fully understood and operated. Many operators are choosing to change their business entirely, opting to grow high-CBD products as opposed to their traditional business product.

How did Hemp Even Become Legal Anyway?

For so long, growing hemp products was completely illegal throughout the entirety of the United State of America. This begs the question: what happened to the prohibition? Where did the sudden interest in legal hemp come from?

It was 2014 when the ban on hemp was officially stopped in a bill that changed the lives of cannabis growers forever. Granted, these were only a few states who were changed by the bill, they still made major waves across the united states. In fact, this has furthered research options have widely opened up because of the change. Further, there is hope for the future as more and more federal bans on hemp production continue to be lifted.

Studies reported by the Brightfield Group claim that the hemp market is growing at a rapid pace. In fact, you may be surprised to know that hemp has actually surpassed the legal weed sales. Although these numbers could change, as of right now they are hopeful for the continued growth of the hemp market.

Pharmaceutical and Farmer Harmony or Foes?

In 2015, two brothers started a hemp growing company called Oregon CBD. Their names are Seth and Eric Crawford, and they have major experience when you combine their working years as both farmers and researchers. They began like many others in the secret underground world of growing operations, but have built a respectable name for themselves in growing legal hemp operations in Oregon. They are well known for beginning varieties that are high in terpene and are extremely popular in the hemp consumer market.

The brothers were smart in their business plan, understanding that the ability to manipulate the market would be beneficial to them. Using plant engineering they isolated legal aspects of the cannabis plant creating a product that could legally be sold in every aspect of the market across the world.

The Crawfords began experimenting quickly. They engineered thousands of different plants and subsequently had them tested for various substances. They were methodical and were able to build a big profit through their research.

They understood that their process would take a great deal of time, patience, and determination. The plant that they sought would not be grown in the first round of engineering, but sticking it out was the key to success. Further, the brothers understand that consumers may be looking for more than simple CBD products. They know that consumers want more and they are determined to provide that for them. Their determination is an inspiration.

In fact, many companies are beginning to purchase the engineered seeds from the Crawford brothers.  An interesting side note is that these seeds are almost always a female plant. The brothers were entirely sold out for the entire year of 2019. This speaks volumes for the ability to quickly build a business out of basically nothing. The Crawford brothers built this business out of their sweat and tears. They did so without pouring millions of dollars into the business because they did not have millions of dollars to invest in the first place.

The company was built from very little investment on the part of the brothers. They did not have much to give beyond a few dollars in savings and some serious determination. However, in only five short years they have built this wildly successful business. A business that produces and sells over 50 million seeds each year. This is all wonderful, but the company has bigger plans. Their ultimate goal involves a full takeover of the pharmaceutical industry as it relates to the hemp industry.

So, Should You Try It?

You can find the flowers online on a variety of websites and they ship fairly quickly right to your front door. There are a variety of types on each website to choose from, but each of them are carefully described on the sales portion of the website. You can read about where the plant is grown, which plants feed into the genetics, as well as the content of each substance within the plant.

One major difference between the flower and traditional CBD is that it can be smoked or vaped rather taken in pill form or in oil form. Unfortunately, sometimes these packages are interfered with by authorities because they look like illegal shipments of marijuana being sent through the mail. Further, you can enjoy the benefits more quickly by vaping or smoking the product rather than ingesting it through a pill form. This is a major benefit for recreational and medical users of CBD products.

If you are interested in various CBD products, giving the cannabis flower a try is a good idea. A lot of people like the authentic feeling they get through smoking a cannabis flower. The fact that the mail is sometimes seized throughout the mail experience is an added bonus for thrill-seekers. The bag even has the name of the strand written on it in black sharpie and for an added authentic feeling, there is a ziplock bag in which the product is shipped.

Check out the cannabis flower for a legal way to enjoy CBD benefits with an old school feeling. From the shipping to the ingestion, the feeling you get from enjoying this new product is entirely authentic.

Read More
CCBD
As of January 2020, 33 U.S. states have passed legislation fully legalizing CBD products with another 14 states…
Read More
CCBD
It is no surprise that the CBD market has exploded since the products became widely legal throughout the…
Read More
CCBD
There are several companies out there claiming to sell the best CBD on the market. For a small…
Read More
CCBD
Ben & Jerry’s is an ice cream company well-known for marijuana inspired treats. Flavors include cleverly named “half-baked”…
Read More
CCBD
Everyone knows about the infamous day of April 20, more affectionately referred to as 4/20.  April 20 has…
Read More
CCBD
Over the past few years, CBD has gotten more and more popular. Whether you’re a minor with anxiety…
Total
0
Share
0
0
0
0
0
id libero Aliquam Nullam elementum ut commodo