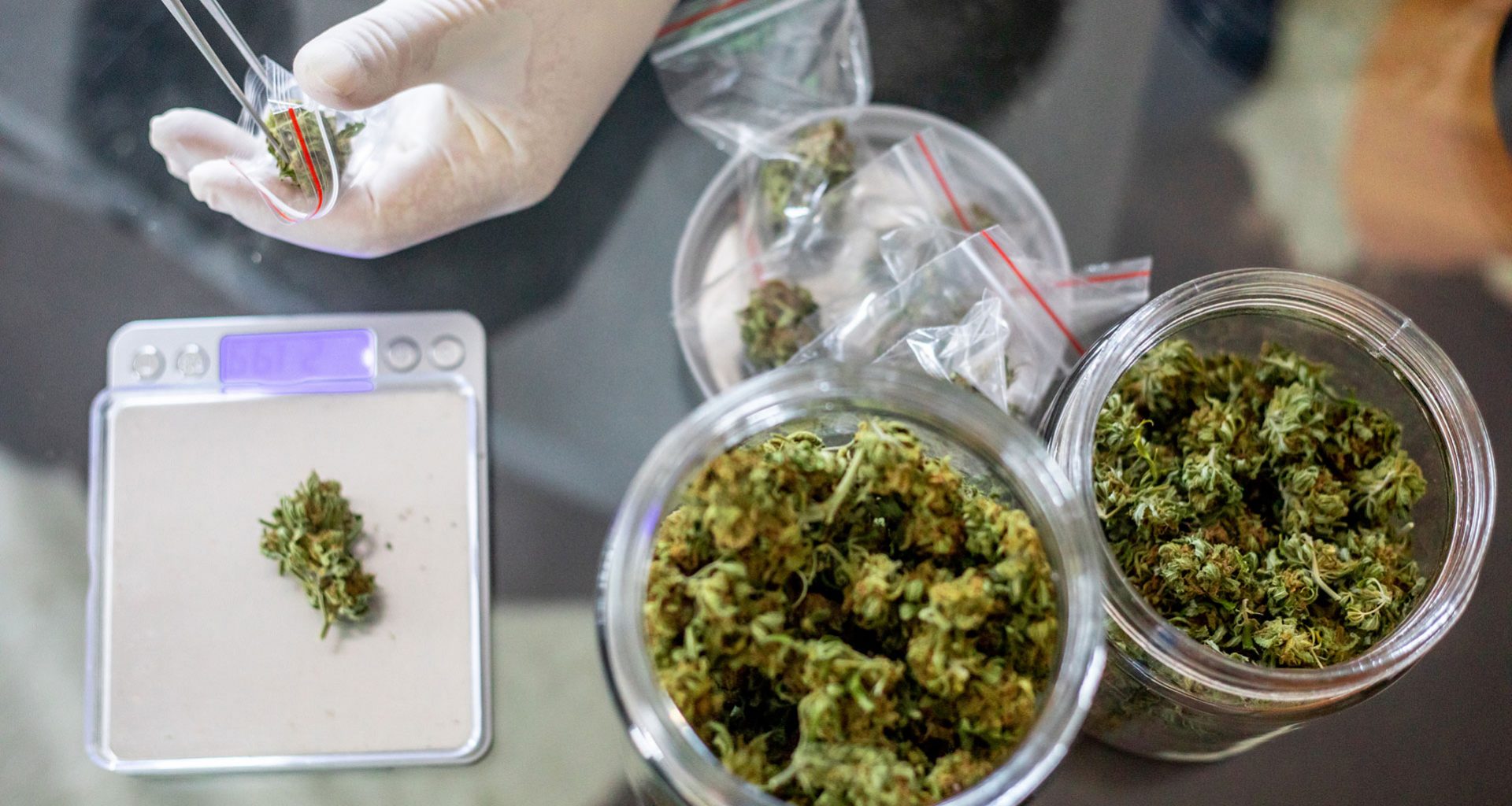 The Future of CBD Strains

While CBD has become increasingly more popular in recent years, a decade ago, the effort required by researchers and scientists to identify new higher-CBD strains and locate growers willing to take a risk and cultivate them was extraordinary and unprecedented. The process was further complicated when these chosen growers were attempting to stock their products at local dispensaries, experiencing some pushback due to the fact that these strains did not produce the “high” effect that many consumers were seeking.

Though many were reluctant to engage with these products at first, this began to change when people began to recognize the positive medical benefits these high-CBD strains were capable of producing. These products were ideal for those seeking the benefits of cannabis without the possibility of becoming high, a concept especially important for sick children and similar communities.

Growing and cultivating cannabis is a process that initiated several millennia ago, but recent innovations have led to the ability to use selective breeding methods to encourage the ideal traits between generations of crops. With this new technique, growers are able to target the crops that grow better and have better genealogical compositions while reducing the number of crops that struggle immensely.

When it comes to growing cannabis, there are several crop traits that are considered ideal for growers.

Though minor, the ideal cannabis crop for growers is one that is capable of withstanding the local physical environment and climate while also being able to fend off the native insects, diseases, molds, and even droughts. In selecting the proper strain of crop, growers are guaranteeing a larger and more stable supply, ensuring financial income as well.

By far, the most significant quality that growers are striving for is the potency of the crop. In recent years, rather than having to physically use the crop to determine its potency, which is a method growers relied on for years, growers were provided the new opportunity to use analytical lab testing to analyze the potency. This was made possible as a result of the legalization of medical marijuana and the foundation of medical marijuana testing laboratories.

The potency of the crop is dependent on several factors, including the interaction between the terpenes, cannabinoids, and flavonoids of the strain. This concept was introduced by Ethan Russo who, in 2006, performed research on the genetic analysis of cannabis plants in a paper entitled, Phytochemical and genetic analyses of ancient cannabis from Central Asia.

With the existence of preserved ancient samples, Russo was given the opportunity to test the samples and determine their genetic composition. The results of the testing noted that samples from over 2,700 years ago had a substantially larger amount of THC than CBD, a concept that continued for thousands of years after.

The Discovery of CBD

While ancient cannabis plants had lower amounts of CBD than the average cannabis plant today, this composition was not intentional at the time. CBD was first identified in a laboratory in 1940, but scientists did not focus on researching it due to its inability to get people high and lack of knowledge regarding its potential role in treating health conditions.

In the 1980s, more emphasis was placed on studying CBD and its effects and, since then, several studies conducted demonstrate a connection between usage of CBD and reduction in symptoms of chronic illnesses and conditions like anxiety, cancer, Alzheimer’s disease, and seizures, among others. However, the potential for CBD was not evident to the public, a concept that was furthered as a result of growers intentionally focusing on growing crops with high levels of THC.

In 2007, the first medical marijuana testing lab, located in Oakland, determined that the THC content of the products they were testing was about 15% while less than 2% of samples contained 4% CBD.

With the founding of Project CBD in 2010, cannabis activists and writers Fred Gardner and Martin Lee were able to spread pertinent information about cannabis to the public by compiling evidence and research from growers, scientists, and retailers.

Several years after the creation of the organization, Gardner and Lee recognized the medicinal benefits of CBD, but also came to the conclusion that it was difficult to find high-CBD strains within the underground market.

In an effort to combat this lack of availability, Gardner and Lee joined forces with Steep Hill and a medical marijuana retailer, encouraging them to identify high-CBD strains and the locations they came from. After receiving the information, Project CBD contacted the growers to encourage them to continue growing the strain to create a larger inventory and provide more opportunity for sick patients looking for symptom reduction.

Though these growers understood that their cannabis crops were unique, many did not fully understand what set them apart from others. At that time, the science behind the positive effects of CBD was lacking, and growers were still under the assumption that the ideal cannabis plant was high in THC, not CBD like Project CBD was asserting.

When CNN Chief Medical Officer Dr. Sanjay Gupta made a report in 2015, many were surprised to learn that a medical facility in Colorado was successfully treating seizure disorders in children using high-CBD strains of cannabis as a method of treatment.

Named after Charlotte Figi, a Colorado child suffering from seizures since birth, Charlotte’s Web became a dependable and reliable strain noted for its ability to treat seizures.

After a horrendous five years in which Charlotte suffered from several hundred seizures per week that eventually resulted in difficulties talking, eating, and walking, Charlotte’s Web provided Charlotte and her family new-found hope. Not only did the product turn Charlotte’s life around and effectively treat her seizure disorder, but it also further opened the door to using CBD products to treat serious illnesses and conditions.

Gupta’s report on Charlotte and the incredible benefits that CBD had on her disorder soon became widespread, and many parents with children suffering from seizures and other health disorders began seeking a way to treat their children similarly. With the release of the report came a gradual change in public perception of cannabis, as the public was becoming aware that cannabis played a greater role than simply getting users high.

Rather than focusing on the THC found in cannabis, researchers and the public alike turned their attention toward CBD and the potential it had.

The Introduction on Hemp

Along with greater publicity for CBD came the growing popularity of hemp products. Hemp products come from Cannabis Sativa, but the major difference is that the THC content of hemp products is below 0.3%, which is drastically lower than typical cannabis products that are used to treat illnesses.

Hemp is most often known for its common uses, such as being used to help create products like rope, paper, and fabric. However, given its THC content and possible ability to be used for health purposes, hemp has become more well-known in the general population over the last several years.

With the introduction of the 2018 Farm Bill, American citizens were essentially granted the ability to plant and cultivate hemp products without facing criminal prosecution for doing so. In following the guidelines of the legal definition of hemp, the THC content of these plants must be below 0.3% to be protected by the bill.

The 2018 Farm Bill specifically overviews what is considered hemp and the products covered by the bill. Without a doubt, the passing of this legislation allows for a greater inventory of hemp products and significantly more access to the general public. Along with greater availability comes greater potential to treat a wider variety of health conditions.

At Oregon-based Tweedly Farms, Andrew Guyver is responsible for the production of high-CBD products that are shipped to consumers nationwide. Guyver explains that, though similar in characteristics, there are striking differences between each of the strains of hemp his company produces.

He goes on to describe the varying tastes, THC content, and effectiveness of many of the strains, which demonstrates just how wide of a variety there is when it comes to cannabis products.

Given the recent breakthroughs surrounding CBD and its products, there is incredible potential for the uses of CBD to grow dramatically in the near future.

Read More
CCBD
As of January 2020, 33 U.S. states have passed legislation fully legalizing CBD products with another 14 states…
Read More
CCBD
It is no surprise that the CBD market has exploded since the products became widely legal throughout the…
Read More
CCBD
There are several companies out there claiming to sell the best CBD on the market. For a small…
Read More
CCBD
Ben & Jerry’s is an ice cream company well-known for marijuana inspired treats. Flavors include cleverly named “half-baked”…
Read More
CCBD
Pilot (we’re using a pretend name to protect his identity) has made an underground profession out of the…
Read More
CCBD
Everyone knows about the infamous day of April 20, more affectionately referred to as 4/20.  April 20 has…
Total
0
Share
0
0
0
0
0
ut id neque. felis non pulvinar ultricies ut