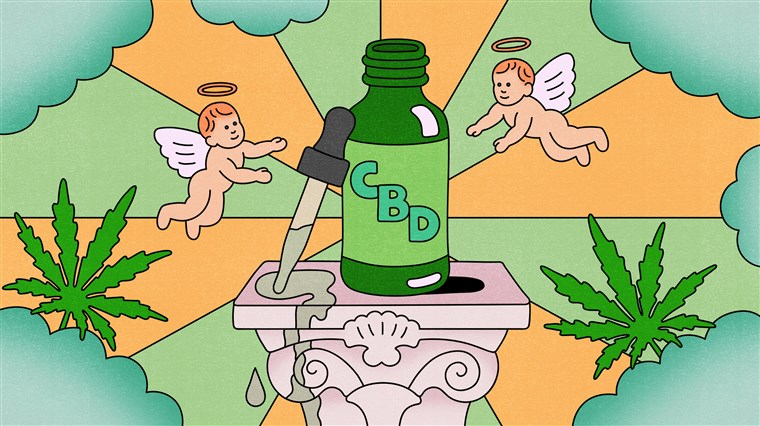 Does the Public Think of CBD as a Placebo Substance?

In 1960, a deceitful medical doctor, known publicly as “Dr. Feelgood,” thought it would be a good idea to dish out B12 to his patients as if it was candy on Halloween. At the time, very little scientific study had been conducted on the effects of B12 consumption. What was known, was that a boost in B12 for people who had no symptoms of a B12 deficiency gave them a definitive boost in energy.

After some time, the general public’s opinion of B12 became wildly negative. In general, the public viewed the use of B12 as superfluous medicine. In fact, it is widely accepted that overuse of B12 actually had adverse and negative effects on how current physicians view the use of B12 for various ailments. Even after the willing Nobel Prize in 1934 was given to a physician who used B12 to halt rising death rates, the public’s opinion of the vitamin was still overwhelmingly negative.

There are those who argue that medical schools no longer discuss B12 deficiencies despite the solid evidence that ninety years ago many deaths were a direct result of a lack of B12 in the human body. In fact, some worry that doctors no longer think to include this deficiency in the panel of screeners for relevant symptoms. This could be a major cause for concern and have some wild implications in the medical world if the accusations are in fact true.

So, what exactly does all of this talk about B12 have to do with cannabis anyway? In actuality, it does not directly relate to cannabis at all. With the exception of the concern that cannabis’ current wild popularity may lead it down the same fatal path that destroyed the usefulness of the B12 supplement.

The human body comes equipped with an intricate system of receptors called the endocannabinoid system. This system is what enables us to partake in and enjoy the calming effects of cannabis use. Many are skeptical about whether or not medical schools even delve into this particular system within the human body. If not, that begs the question about how well our medical experts really understand our bodies and the intricate systems and pathways within them.

Regardless of the medical profession’s deliberate blindness to the ECS system, experts in other industries have made it a focus to study this system within the body for more than 30 years. Their research has led them to the understanding that this system is a crucial component for the harmony of all bodily functions. In other words, this system has an important function for the entirety of our biological make-up and the profession of medical experts has not put forth the time to comprehend how this system all fits together.

It is important to consider that the lack of medical recognition combined with the public craze over CBD may be the perfect storm that could end in a similar situation to the B12 incident.

CBD reacts with various systems within the body to promote a type of balance known as homeostasis. If your ECS system is out of whack, then the rest of your body could be severely impacted. This is important for medical professionals to consider and understand.

Further, this very reality may be the reason that the public has come to view CBD as the major cure-all that they tend to see it as. By partaking in the CBD madness, people are effectively putting their bodies back into homeostasis, unknowingly addressing a multitude of issues with one simple supplement.

Outside Influences on CBD’s Reputation

Because of the serious benefits that many believe CBD use can have on the ECS system within our bodies, it is important that CBD’s reputation not turn to mush for no reason. The public needs the medical profession to get on board with understanding the benefits of CBD for clinically ill individuals. The real benefits of CBD are clouded with trendy money-making schemes that are getting in the way of the real deal.

On the other hand, the stark contrast to the craze around CBD is the negative reputation it has with other people. There is a large group of individuals who are adamantly against the use of cannabis products for any reason, including medical reasons.

The combination of these two factors makes it every more critical that the public understands the critical importance of ECS within the body. It is crucial that the public is able to break through the negative stigma surrounding a natural remedy to a multitude of bodily issues.

There are many who claim to have experienced the medical benefits of CBD, but without the support of the general public and studies done by medical professionals, CBD will continue to be regarded as a less important tool.